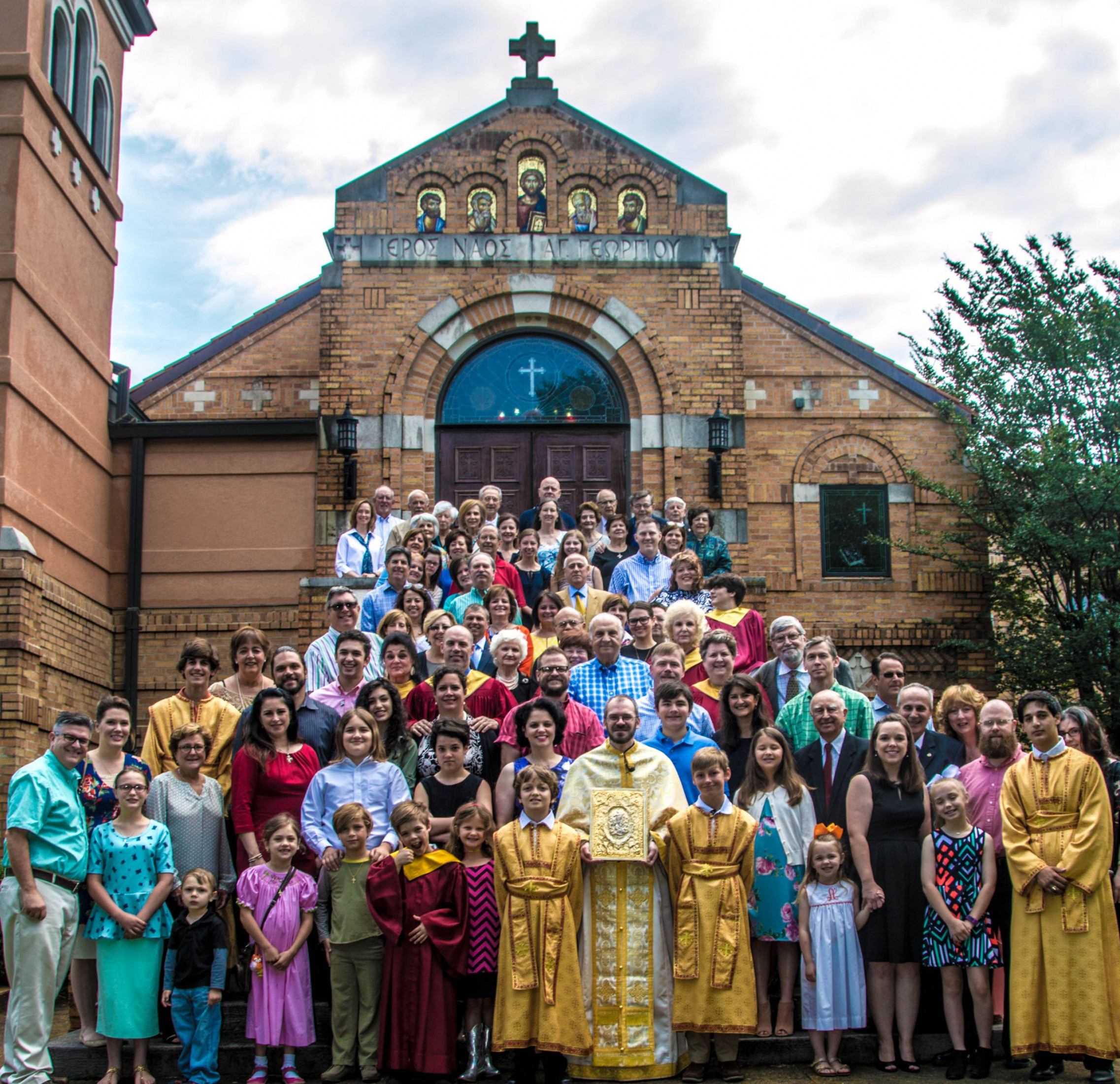 The congregation was established in 1916 by immigrants from Asia Minor and Greece.

Many of the founders of the congregation came from New Ephesus in Asia Minor, the original Church of Ephesus referred to in the New Testament. When their church, dedicated to St. George, was destroyed during the Turko-Grecian struggle they founded a new church in Shreveport also named St. George.

The congregation met first in an Episcopal church and later in its own building, a house on Hope Street. In 1935 the present building was erected on the corner of Creswell Avenue and Wichita Street in the Highland area of Shreveport.

The sanctuary building was expanded and redecorated in 2009 and is currently adding large icons of Christ and the saints which are unique in Shreveport. Today the congregation includes not only Orthodox members of Greek descent, but also Orthodox from many countries including Palestine (Israel), Russia, Ukraine, Bulgaria, Romania, Moldova, Ethiopia, and Egypt, as well as Spanish-speaking members and persons with other language backgrounds.

A large portion of the congregation are converts who were formerly Protestant or Catholic, or who came to Christ from non-religious or other religious backgrounds. To worship here is to experience the beauty and joy of Pentecost. Join us!

4th Friday after Pascha; The Holy Martyr Thalleleus; Lydia of Philippi, Equal to the Apostles; Mark the Hermit; Father Alexis, Metropolitan of Moscow; John, Joseph, and Nikitas the Monks of Chios